As an app publisher, your ultimate goal is to boost your ad revenue and optimize it. There are several ways you can increase your ad revenue. But in this article, we are going to focus on Ad Mediation.

App publishers and developers have started exploring the potential of Ad Mediation. This is because Ad Mediation platforms can substantially increase ad fill rates and eCPM rates.

But, what is ad mediation? How does ad mediation work? What are the benefits? And how exactly can publishers maximize app revenue with Ad Mediation?

What Is Ad Mediation?

Ad Mediation is a platform that helps app developers to connect multiple ad networks to their apps. All the ad networks can be managed and optimized with just one SDK integration.

Different ad networks have access to the app’s ad inventory, creating an arena for higher competition among ad networks. When ad networks compete, it results in higher eCPMs and more ad revenue for app publishers.

Have you ever been to an auction where items are sold to the highest bidder? Ideally, an ad mediation platform acts similarly.

Traditionally, ad mediation used a waterfall model based on the parameters set by the publishers to optimize their ad networks.

When an ad request is sent, the ads that yield the highest eCPM will be served. If the top ad network does not fill the ad request, the mediation platform tries the following preferred ad network until it serves the ad request.

The ad network’s weight is determined by its performance compared to others. App developers fill high-performing ads from each network before moving on to lower-paying ads.

The Two Ways To Optimize Revenue With Ad Mediation

Through this method, you as an app publisher would have to connect with multiple ad mediation platforms to manage your app monetization efforts.

Apart from collaborating with the demand partners, you would also have to bargain on the eCPM rates, fill rate, and payment terms with each of them. Moreover, ad mediation through self-serve monetization requires multiple SDK integrations.

Alternatively, you may choose to sign up for an AdMob account or any other self-serve monetization platform that is already connected to multiple advertising networks. However, even though integration becomes easy, managing them can be a lot of work!

From connecting every demand source to managing ad mediation with multiple SDKs and ensuring optimized performance can be challenging!

b. Ad Mediation with An Ad Mediator Or Google AdX Partner

Through an Ad Mediator or a Google AdX partner, you can manage your app and complete ad inventory with a single SDK integration or possibly no SDK!!

All the ad networks are unified under one platform, and finding the best ad network with the highest eCPM to fill your inventory becomes easier.

With an ad mediator or a Google AdX partner like AppBroda, you can be sure about –

What are the benefits of Ad Mediation?

One of the most significant Ad Mediation benefits is higher eCPM rates. eCPM shows how much an ad unit costs and how much revenue publishers will generate every 1000 impressions.

eCPM is an essential metric for monetizing and pricing the mobile app advertising space.

Since the Ad Mediation platform connects with multiple ad networks, app publishers get the chance to sell their inventory to the highest bidder.

The eCPM rate increases when multiple ad mediation platforms compete for your impressions.

Fill rate is another critical metric for app publishers. It helps gauge the performance of an ad network. The fill rate is calculated by dividing the number of ad impressions received by the app by the number of times the app sends an ad request.

The fill rate is essential for an app developer to estimate the overall app revenue. A higher app fill rate means the publishers can earn more revenue.

Ad Mediation solves the need to manage each ad network individually. Integrating ad-mediation networks opens your inventory to competition for several ad networks. Hence, you can connect with the relevant Ad partners.

How Developers Can Maximize App Revenue with Ad Mediation?

Ad Mediation helps manage multiple ad networks under a centralized platform. It can be a nightmare for publishers to manually handle 10-15 ad networks. Also, it becomes difficult to track metrics.

You can gain insight into vital metrics and detailed reports through Ad Mediation. That makes the process of ad revenue optimization much easier and more effective. Plus, it frees up a lot of time to do other things that boost the overall app business.

While working with multiple ad networks without an ad mediation platform, you need to integrate SDKs for each. The process is so elaborate; however, taking care of the updates from each SDK is also very difficult to manage.

However, with an ad mediation platform, that is not the case. One of the enormous advantages for app publishers while working with Ad Mediation platforms is single SDK integration. The integration is fast and straightforward; you get all the updates in one place.

When making money off your app, you want to ensure you are in control. Before the advent of Ad Mediation technology, buying and selling ad spaces was highly disorganized.

With ad mediation, publishers now control how and to whom they can sell their ad inventory. Though the mediation process is usually automated, most platforms still allow you to customize the waterfall by manually giving priority to desired ad networks.

Still not sure about ad mediation? Speak to an ad revenue optimization expert from AppBroda to explore the best mobile ad mediation platforms.

At AppBroda, we take care of end-to-end monetization. As Google AdX partners, we help you monetize your apps without the need of integrating an SDK. To find out more, book a free consultation now! 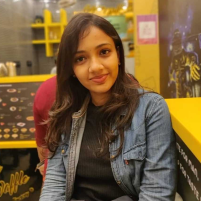 Yamini is a content writer who is very passionate about her work. She comes from a life science background and started off as a technical content writer. With curiosity, she is now set out to explore other domains and is currently working with AppBroda Tech - the go-to place for app publishers.
Prev
Next