Header Bidding Vs Waterfall: Which is the best bidding strategy?

There are multiple ways to optimize ad serving and the automated process of buying and selling online ad inventory is continually evolving within the programmatic advertising ecosystem. However, header bidding and waterfall bidding are two such technologies that app publishers have constantly used over time.

Formerly, ad space was provided by app publishers to advertisers via a daisy-chaining method also known as waterfall bidding.

In waterfall bidding, each advertiser’s bid had to satisfy the minimum price specified by the app publisher. But, as technology advanced, header bidding caught more momentum and gave a greater opportunity to app publishers to further optimize ad revenue.

Let us take a deeper look at what differentiates header bidding and waterfall bidding. And understand which type of bidding technology is apt for you as an app publisher.

What is Header Bidding?

Header bidding, also known as advance bidding or in-app bidding, was used by 84% of the top 10,000 sites in the United States, and more than half of US publishers agreed that it resulted in better eCPMs.

In the most literal sense, it is an automated auction that allows mobile app publishers to sell their ad inventory in an auction where all advertisers may compete for ad space at the same time.

To begin the process, the app publisher integrates an SDK rather than an embedded piece of code (like in the case of a website), which is a plugin developed in the device’s native OS language (iOS or Android) that performs the identical purpose of asking advertisers to participate in the auction.

In an auction, many advertisers bid at the same time for the available impression. The winning bid then connects the ad servers of the publisher and advertiser to show the ad creative in that slot to the end user. The complete process takes place in real time as soon as a user clicks on an app.

Pros and Cons of Header Bidding

What is Waterfall Bidding?

Waterfall bidding is the traditional method of ad serving. It was created about the same time as brick mobile phones and disk drives. Waterfall bidding was a slow but successful way to raise publisher fill rates.

Waterfall bidding, also known as waterfall tags is a way of selling the publisher’s inventory in which the publisher determines the priority for each advertiser or ad network. They also include a floor price, which is the lowest acceptable price for an ad spot.

The inventory space is provided to demand partners in priority order. The inventory is frequently awarded to the first advertiser in line, rather than the highest bidder.

Inventory is flowing from top to bottom, much like the river water pouring down the rock to the basin. That’s why it’s called a waterfall auction, even though it’s not really an auction in the traditional sense.

Pros and Cons of Waterfall Bidding

Google’s open bidding is surely better than both header bidding and waterfall auctions. Open bidding allows publishers to invite demand partners to bid on impressions in a unified, server-to-server auction.

It enables publishers to invite yield partners (demand partners) like ad exchanges and ad networks to compete for real-time ad inventory. Also, it is commonly treated as an alternative to Header Bidding, which increases performance/page load speed.

Would you like to know how to use open bidding and optimize your ad revenue exceptionally? Get in touch with AppBroda as we analyze your app monetization strategies and implement the best bidding techniques to generate maximum ad revenue. 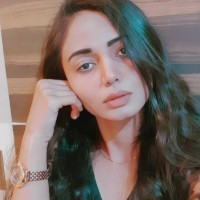 Krati is a diligent content writer and strategist with experience in content development and marketing. She began as a content writer, but she is now an expert in content as well as SEO analysis. Aside from writing, she is fascinated by psychology, learning new languages, and digital marketing.
Prev
Next